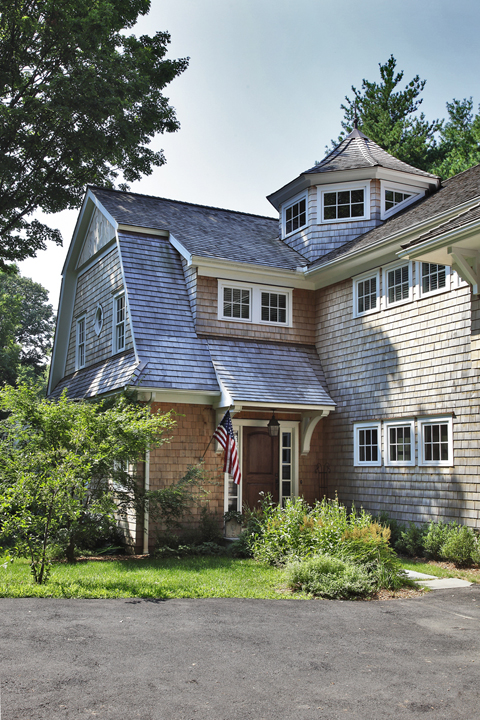 The homeowner sought to create a shingle style house where there originally stood a 1960’s speculative walk-out ranch.  The scope of the project included the nearly doubling of the dwelling’s floor area, in large part by expanding the structure to an additional story.

Due to the sloping site, the front of the house appears as a two story structure while the rear of the house appears as three stories.  The scale of the rear elevation is moderated by the deepness of the bracketed eave, which creates the sensation to a terrace or pool user of a lower structure overhead.  The projecting gambrel portion is new to the footprint of the structure and incorporates outdoor pool and terrace storage at the ground level, a large overlooking screened porch above and a bedroom at the top level. 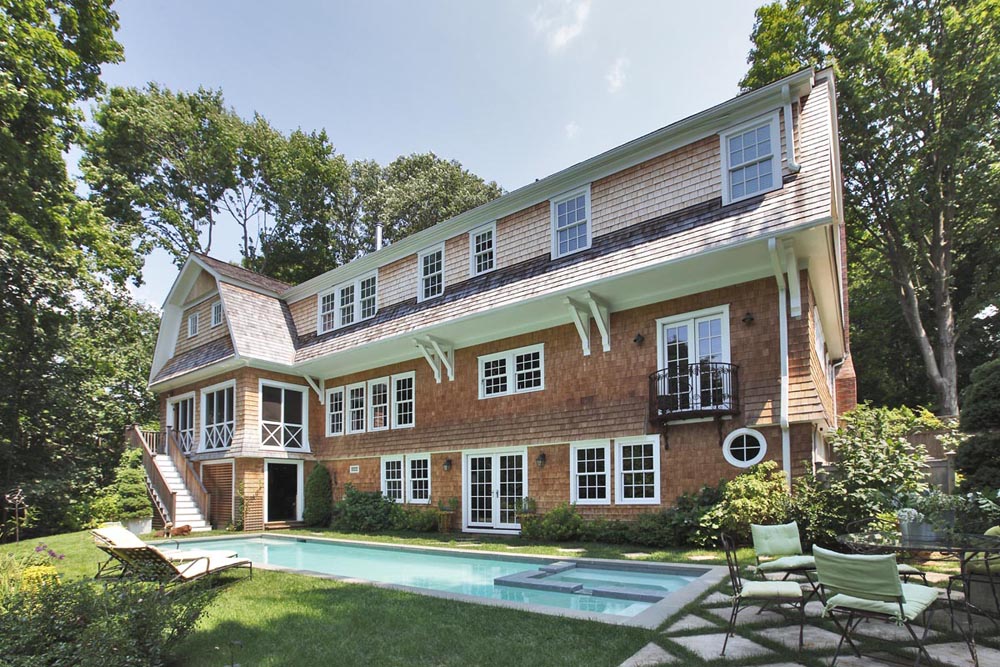 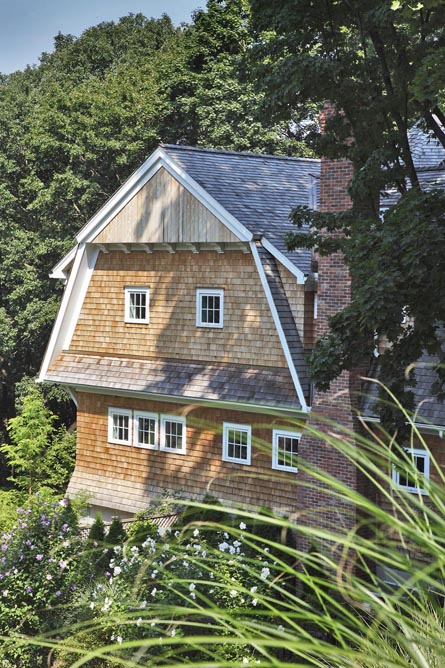 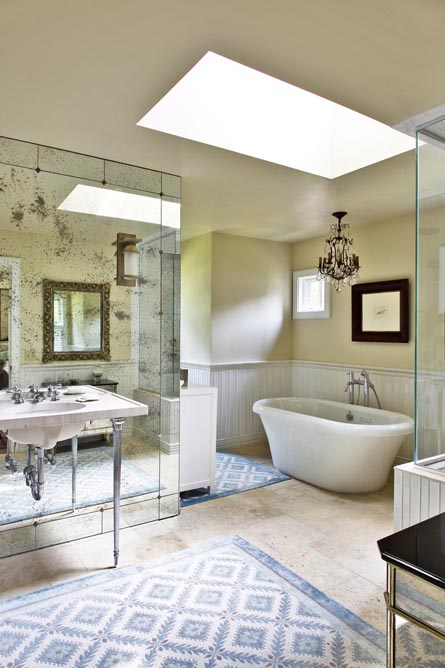 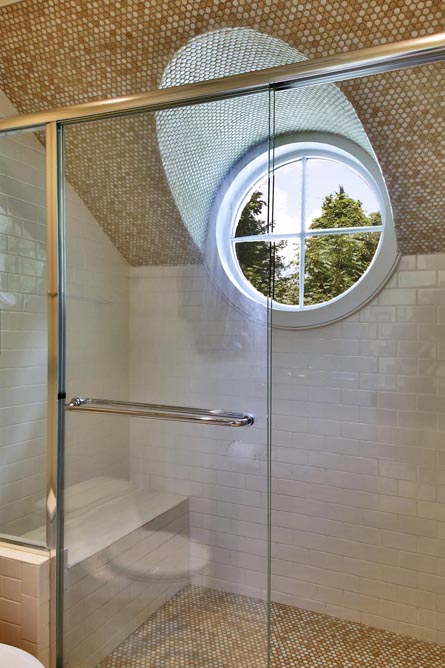 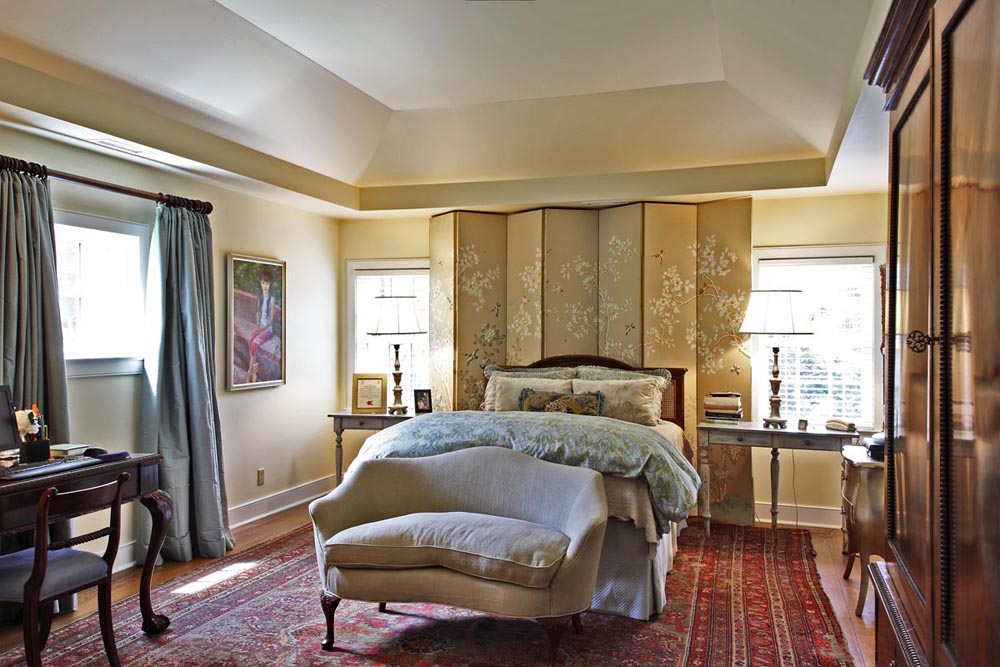