Rejuvenating a Building on the Green in Guilford, CT

An adaptive reuse alteration project currently in the making by Joseph Bergin Architect P.C. was met with a very positive reception from the Historic District Commission in Guilford, CT after our recent presentation at their monthly hearing.

The existing building, a dilapidated mish-mash incorporating more than a century and a half of construction layering, is located within the Commission’s jurisdiction at the north side of the historic Guilford Green, where Church Street (aka Route 77) meets Broad Street. 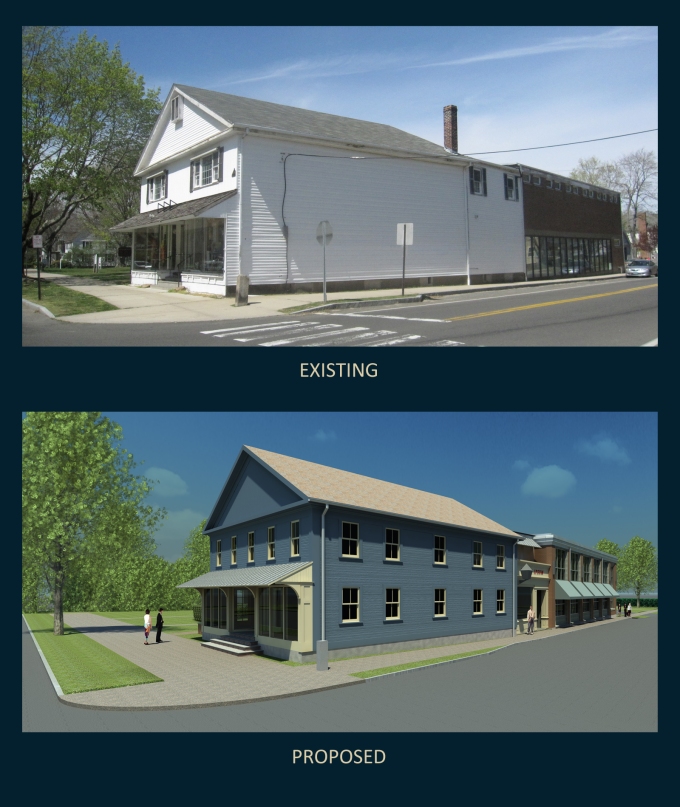 The building at 102 Broad Street began its life as a much smaller structure in the 1800’s.  An 1852 map of Guilford* shows the building belonging to David Baldwin, and we know that he built it circa 1842 for the occupancy of a store.  It was expanded on multiple occasions over the following century and took its present form through a major remodeling in 1967, at which time it housed the Griswold Department Store. 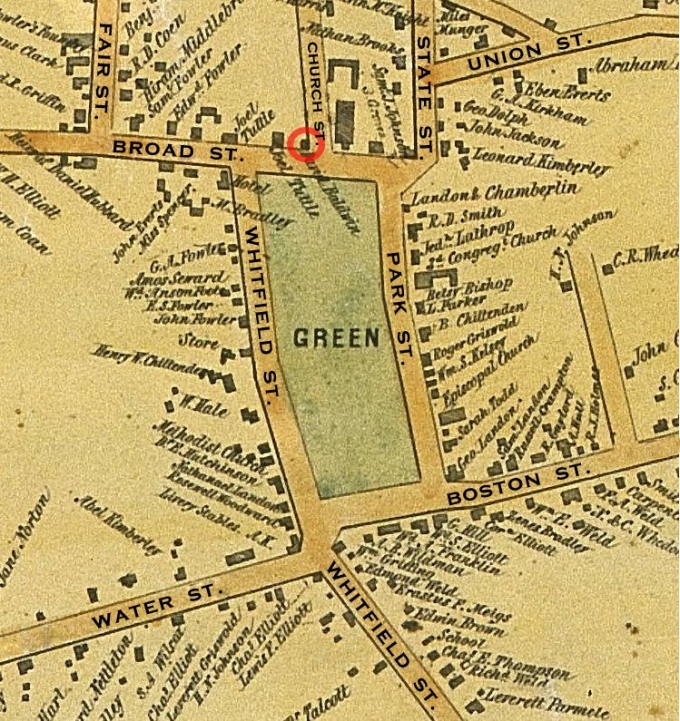 In conceiving this alteration project, we were mindful of the building’s primary asset; namely, its privileged location on the Guilford Green.   Aligned with the vision of the building’s owner, our aim was to restore a pride of place that has been absent from that spot for quite some time, and thereby contribute to the strength and vitality of the community and surrounding area.  Re-constituted in this way, we are hopeful that the building will better serve its responsibility as a gateway building to the Green, and therefore become a sought after tenancy for local shops and businesses.  We looked for the most appropriate and appealing way forward in what exists of the building today.  We curbed impulses to demolish much or all of it and plan instead to retain as much of the existing building as we feel is plausible. 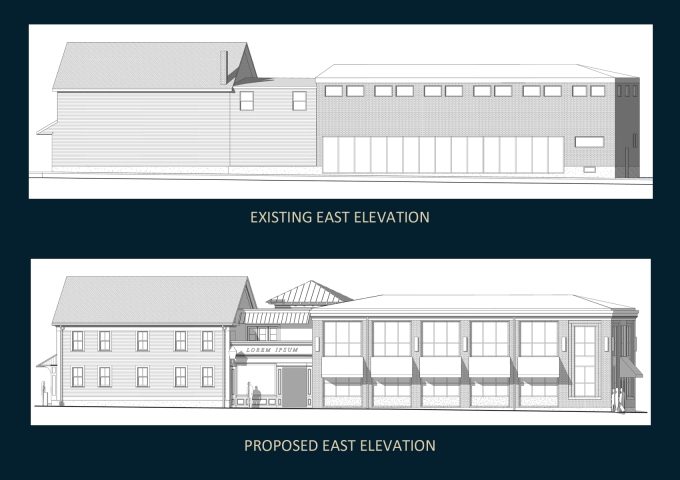 Ultimately, the project enunciates three of the building’s earlier expansions so they appear as three distinct, adjoining structures.  Each will present a clear and unique appearance to the streetscape, independent in architectural style but potentially joined to one another internally, depending ultimately on various possible tenant configurations.  Further, a tower element will add a celebrated entrance to the second floor occupancy.  It will evoke nearby buildings in materials and architectural detailing and will call to pedestrians on the Green that there is a good bit more happening behind the frontage buildings on the northern edge of the Green.

Should the project receive a Certificate of Appropriateness from the Historic District Commission (and it looks likely that it will), the next step in the regulatory review process is zoning approval, followed by building permit approval.  Construction is anticipated this year.

We are grateful to the Commission for its very positive reception and we are very truly excited to be a part of a project that will contribute so roundly to the genius loci of the historic Guilford Green. 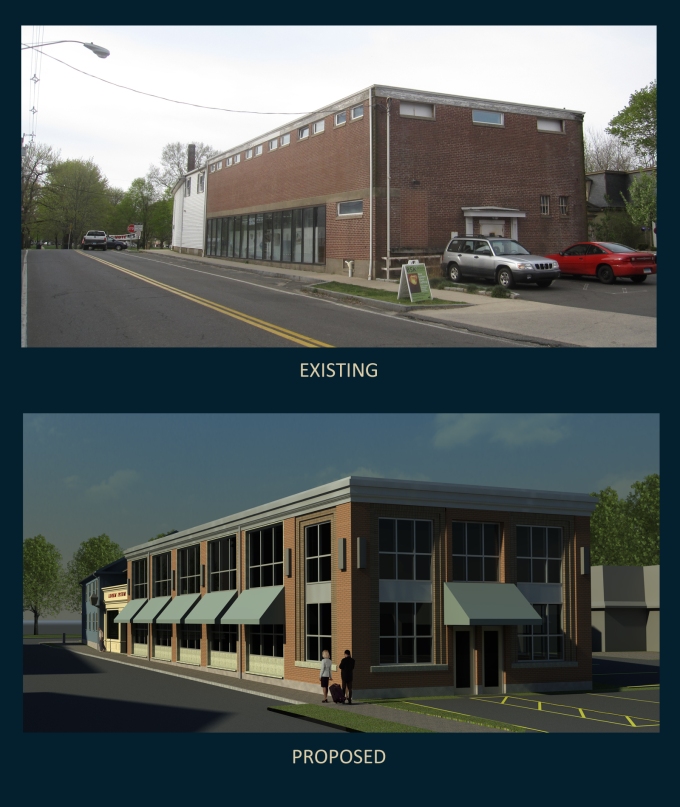